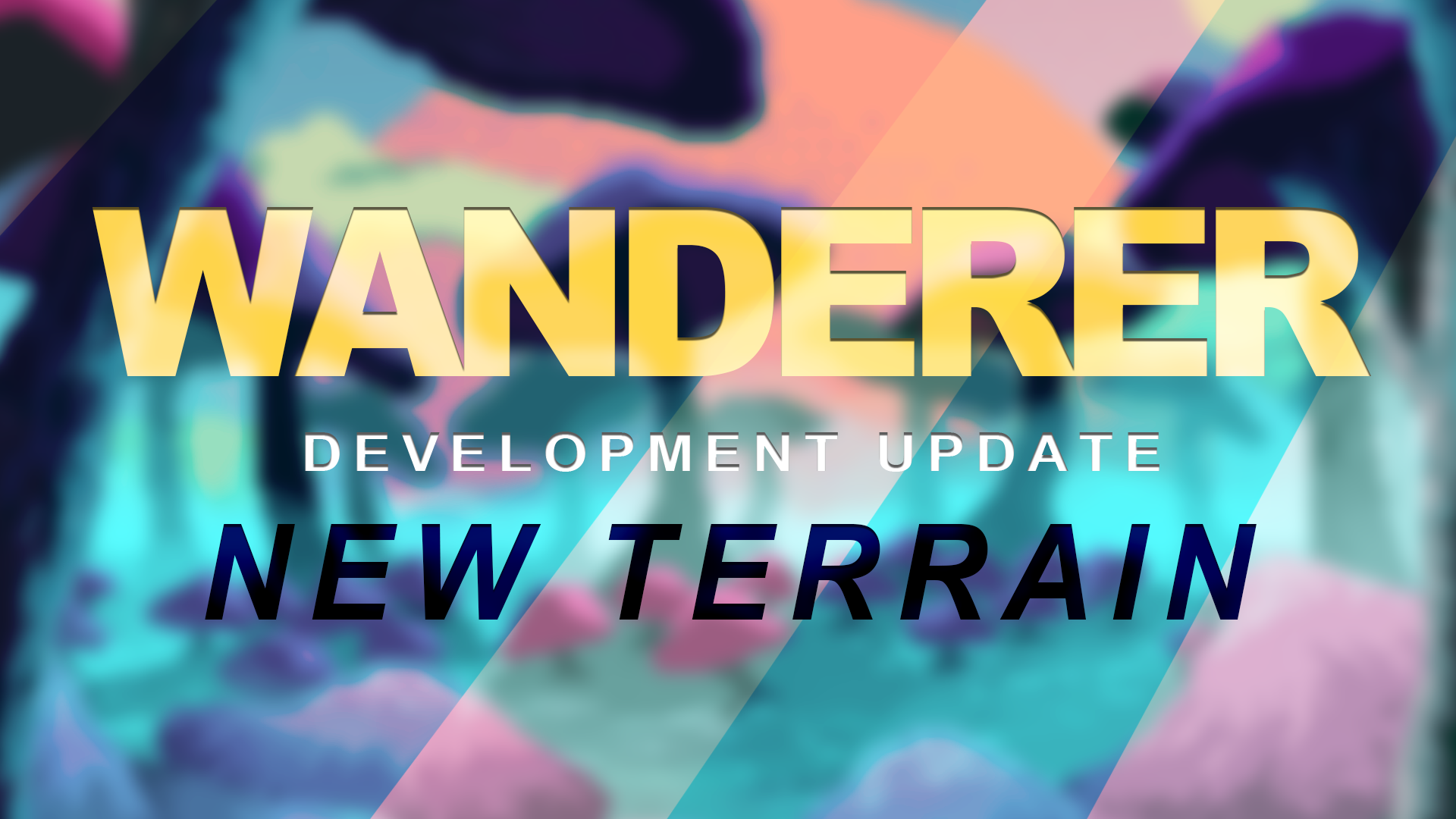 What’s the first thing that comes to mind when someone tells you they are making a game about stomping around on an alien planet?

Let me answer that for you: "Incredible alien landscapes! Mind blowing vistas!"

Unless you are a true scientist, in which case you probably answered: "extensive and accurate measurements of the atmospheric, geothermic, gravitational, radiological and other environmental conditions".

A worthy answer. But one that doesn’t help me make my point.

So let’s look at it from another perspective.

I bet that the one thing you totally DON’T imagine when someone sells a game about exploring an alien planet is: "vague text descriptions" such as this one! 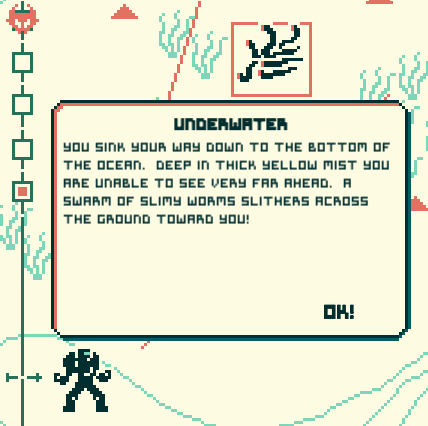 And although one may argue that well written narrative text games can evoke all kinds of emotions and take our imaginations to the furthest reaches of the universe and back, let’s be honest here.

Given the short time frame for the game jam and my own inexperience with pixel art, the best move I had at the time in an attempt to convey the strangeness of the alien world to the player, was a series of pixel-made topographical maps coupled with a bit of fluff text that helped make sense of the minimalist backgrounds.

So I did what any sane person would do. Get professional help. … With the art I mean.

Although I could have tried to push pixels for hours on end in an attempt to portray this wonderful alien world, I decided to let someone with the right skillset to do it for me. In this case, I found no better candidate than my own wife - Veria, the artist who created the original cover art for the jam version no less!

With her background as an architect and 3D visual artist, she was quick to grasp the notions that we wanted to convey in each of the locations. And just like that, she began cranking out these beautiful pixel art scenes in which our battles take place now.

Also, what better way to have your wife give you permission to do something such as spend time on indie game dev … than getting her involved in the process as well? #win

So here we are, pushing the project forward toward full release and giving it a massive overhaul.

The world in Wanderer was always meant to look strange, alien, memorable, colorful and sometimes even dangerous. This is a world inhabited by all kinds of monsters and perils the player has to overcome in his or her path to establish dominance.

This is also a game that is meant to be played fast and loose, flinging cards onto the board, building effective combos and overcoming all kinds of threats on your mission to reach the end boss as fast as possible.

Any second the player has to stop the action to read through descriptive paragraphs or open up extra windows to assess the terrain or environmental conditions and modifiers, is extra seconds of nega-fun.

For that reason alone, we had to make sure the player got a feel for the environmental difficulty level and any potential hazards by presenting the scene in an impactful way through visual and audio cues as soon as the player enters a new scene.

This was a mission critical component. One that we will continue to talk about in this devlog further down the road.

On the next update, let’s talk some improved game mechanics!

Although the core gameplay loop present in the jam remains unchanged, we’ve been working on extra gameplay features that provide more depth to the combat system, expanding the array of ABILITIES available to the Wanderbot and a new set of nasty TRAITS certain locations, environmental conditions and hostile aliens now have.

Excited? Because we certainly are. Stay tuned!

A bite-sized card battler where you punch aliens in the face with your mecha-fist!

Reply
Monsters Must Die!1 year ago

That it is! Thanks for dropping by :D